There were three factory locations for Corbin Les Bateaux Inc, plus a fourth location as explained below.

#1: Southwest Montreal: Approximately 1979 or earlier through apparently early 1980. Then moved approximately 15-km south to the other side of the St Lawrence

#2: Chateauguay: Moved to this after outgrowing the first yard, dates from apparently early 1980 until it was largely destroyed in a fire in late 1982:

#3: Napierville: Moved here which is in dairy country about 40km inland to the southeast after the late 1982 fire, and stayed there until the end of the Corbin 39 production run by Corbin Les Bateaux Inc. in approximately 1989 – 1990. The last of the hulls may have been brought to sale condition by one or other ex-employee at other locations nearby. For this yard we only have the PO box address. This yard was closed at the end of 1990, when the lease finished.

#4: St Edouard: We are aware of one other location which was a workshop in St Edouard, Napierville, Quebec. After the closure of Corbin Inc in 1990 this workshop was rented by Raymond Dupuis in 1990 and he employed the ex-Corbin yard manager Gaetan Duchesne to work for him. Together they brought the moulds in from an outside storage location and emptied them of winter snow and ice. Then they moulded in 02/1991 one boat that was completed as “Complicite”. After this, in the same workshop, Gaetan Duchesne then moulded a second hull for another client in 07/1991 which was completed as “L’Aventure III” (sebsequently renamed “Philosophe”). Both these boats were fitted out in the same marina in the following years. Raymond Dupuis is not aware of any other Corbins that were moulded in this workshop, and Gaetan Duchesne is also not aware of any further hulls at all. Gaetan Duchesne explained that this workshop had previously been used by Corbin Inc as a satellite workshop when the Napierville yard had too much work to be fitted in one site. At that time, which he recollects as being 4-6 years before 1990, they moulded the hulls in the St Edouard workshop and then did the full kit assembly in the main Napierville yard. The photos below are of “Complicite” in build in the St Edouard workshop. 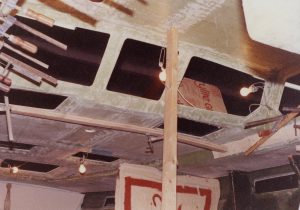 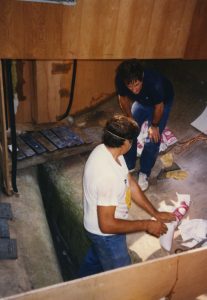 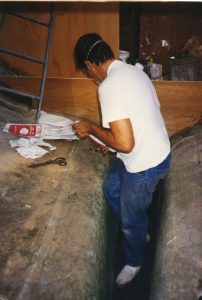 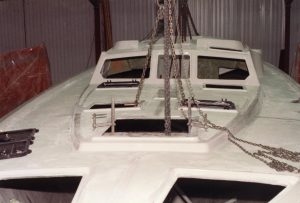 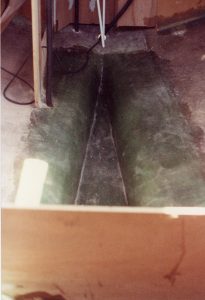 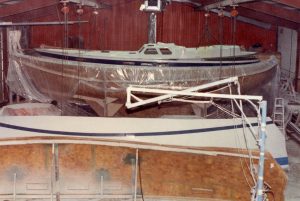 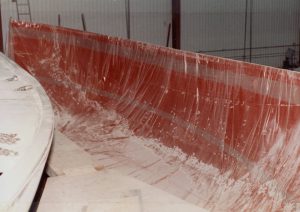 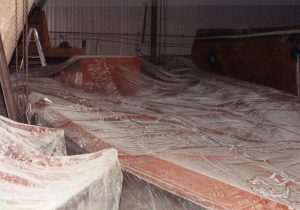